The High Ambition Coalition to End Plastic Pollution will issue statements and undertake intercessional work on essential elements and issues to inform the negotiations in order to develop a landmark treaty by 2024.

“We took the initiative to form a group of ambitious countries to work for a truly effective global treaty that will establish common global rules, turn off the tap and end plastic pollution by 2040,” says the Minister of Climate and Environment of Norway and co-chair of the coalition, Espen Barth-Eide.

“Rwanda started the journey to end plastic pollution in 2004, unfortunately, plastic wastes are still visible in the country’s downstream which proves the need for global efforts towards a common goal of ending plastic pollution because this is an unacceptable burden to place on future generations,” says Minister of Environment of the Republic of Rwanda and co-chair of the coalition, Dr. Jeanne d’Arc Mujawamariya. “Plastic pollution constitutes a planetary crisis with impacts on human health, biodiversity and climate system.”

Members of the High Ambition Coalition to End Plastic Pollution will meet in New York in a few weeks, during the UN General Assembly, to discuss the next steps in the coalition’s work.

The first meeting of the Intergovernmental Negotiating Committee is set to commence on November 28 in Punta del Este, Uruguay.

Plastic is probably one of the biggest problems we face today in our civilization.

When we talk about pollution, plastic is always on top of the list. As an initiative, multiple ambitious countries are joining forces by forming a group that will establish common global rules. Possibly finding a solution to end plastic pollution.

JUNK GODS™ is already taking action towards finding solutions by diverting plastic from landfills which impacts our environment. We ensure that every item collected from our junk removal services is sorted properly by our sorting center personnel. That is why we can say, we are North America’s GREENEST junk removal company. 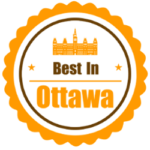 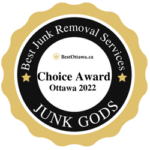 With Your Help We Have

from our local landfills